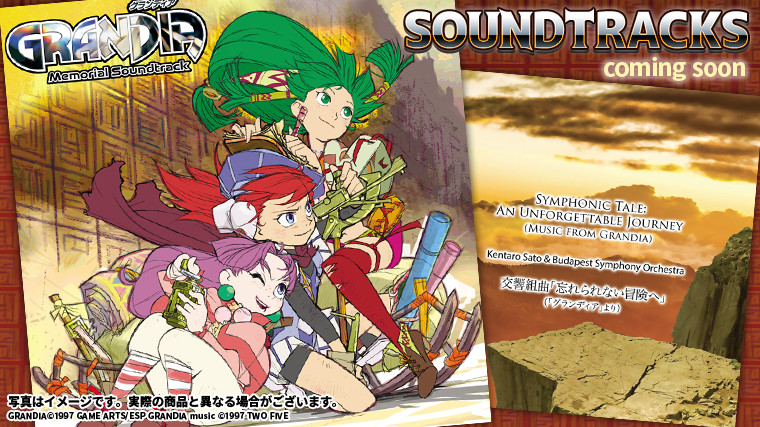 The 1st series of GRANDIA was released in 1997, since then the unique characters, the heart moving adventurous stories, and the innovative game system have made GRANDIA one of the greatest RPG hits which remains new in people’s heart.

The endless and deep story making, the implementation of latest technology and graphics during their era, and the beautiful music and BGM produced by Mr. Noriyuki Iwadare are highly taken. Even now, GRANDIA is passed down as the Legendary RPG to the new generations.

Please once again feel the excitement of the adventures through Nintendo Switch™ and PC.

It will be a never forgetting adventure.

*The images are screen shots from Nintendo Switch™

Justin, who is a young boy with a great ambition in becoming an adventurer,
starts his real adventure after his first trip to the ancient ruins.

The unique action-based battle system that fuses both strategy and action, and the endless story & BGM will be thriving throughout the game.

The one step to discover the unknown world becomes the step to an adventure.

*The images are screen shots from Nintendo Switch™

Ryudo works as a “Geohound”, who hunts monsters in exchange of rewards. One day he receives a quest, which takes him into an adventure to annihilate the swarming evil throughout the world.

From the last seriesGRANDIA, the story line, character acting, and battle system have powered up, which pulls in the player’s heart in the great adventurous stories.

GRANDIA II had also received many awards such as IGN Editor’s Choice Award, EGM Gold Award, and many other awards.

BUY
A new and improved features

Players can play both GRANDIA and GRANDIA II in Nintendo Switch.